Marbula 1 and the Marble League are not just about competition, they're about building lifetime relationships

Chip roamed the upper concourse of the Marbula 1 deck with tears in his eyes. His brother, Spike, looked down at him as they walked, Chip sporting a M1 hat and a Team Primary shirt.

“I did, Spike,” Chip said with a sniff. “It’s just over and now I’m sad because I have to wait until the fall for another season.”

“Well, I have one last surprise for you, bud,” Spike replied with lanyards for he and his brother to visit the Pit Lane Afterparty.

Excitedly, Chip and Spike made their way from the concourse to the track, and to pit lane where all the M1 racers gathered and boisterously bragged, hugged, and cheered other team’s M1 accomplishments while sharing punch made from products of the M1 team’s home territories. Rolling quickly, Chip escaped the watchful eye of his guardian and ran to Prim and Mary.

“Prim! Mary! I’m a huge fan!” Chip shouted at the two of them, sitting on director’s chairs in the lane, drinking punch with Snowy and Snowflake.

“Hey little guy, who’s supposed to be watching you right now?” Mary asked. Not long after that, Spike came.

“I’m sorry, guys, he is just so excited to meet you,” Spike said, embarrassed.

Mary sheepishly said, “Yeah, well, not so many of my fans are waiting to meet me lately, but he certainly makes up for it.”

“C’mon, cheer up, Mary, we all know you’re a good racer and a tough one to beat in the League. Just because you didn’t show up for one series doesn’t mean you’re a bad athlete,” Snowy said, giving Mary a pat on the back.

“Mary, can I tell you a secret?” Chip said. Spike immediately jumped in.

“No, it’s okay, I’d love to hear a secret. Prim used to tell me secrets all the time when we were younger. Still haven’t forgotten about you reading my diary,” Mary shot with a look at Prim. Prim laughed. Then she got to Chip’s level and he whispered a secret.

“Ooh! That’s a good secret!” Mary replied. She then looked at me.

“Val, do you have a spare notebook? Kid wants an autograph, but doesn’t have a pen and paper.”

I handed an extra notebook and pen that I carry around.

“Thanks, mister Val,” Chip said. Mary then signed the book, gave it to Prim, and Snowy and Snowflake, who all signed it in kind.

“So what was your experience like, being in the crowd?” I asked Spike while waiting for the pen and notebook to make its rounds.

“It was truly awesome,” Spike said. “It may not have been the desired result (we’re both big Team Primary fans) but it was something inspiring to be a part of – history, I mean. This is something we’ll both look back at, at some point, and say, ‘remember when we saw the first season?’

Indeed, the inaugural season of M1 was a smashing success – close races, controversy, storied finishes, come from behind victories – M1 had it all and more. But maybe one of the best things about Marbula 1 was the sportsmanship shown on the track and now, in the pits. The O’rangers were hanging out with the Raspberry Racers exchanging fruit information on crop yield while the Limers listened intently to the stories of space from Team Galactic. The Thunderbolts and Hazers talked about the weather, which this reporter in particular thought was a bit weird, but who am I to judge? Overall, the sense of camaraderie never left once the races ended.

Next for the autograph notebook was Wospy and Speedy, who were sitting watching the film from the final race.

“Speedy, you’re one of a kind!” Chip said. “Can I have your autograph?”

“Oh well it’s nice to meet you, Chip, have you met my friend Wospy yet?”

“Oh! Hi Wospy! How are you doing after the fall early in the season?”

Wospy smiled. “I’m just fine, Chip, though I do feel a little bit better knowing that someone like you is watching us race out there.”

“Why do you keep running off?” Spike asked. Chip looked excitedly as Wospy was handed the notebook to sign.

Wospy gleamed back. “He’ll be a racer some day if he’s out running you!”

“I don’t know about that,” Spike replied. Wospy looked at the book and the autograph before theirs, and said, “Well he’s got a lot of heart, that’s for sure.”

Spike and Chip continued to make the rounds of the racer’s row – Chip got to try on Clementin’s cowboy hat, competed in a 100 inch sprint with Speedy, practiced his quack with Billy, and lit off some fireworks with the Balls of Chaos. Spike also loved watching his brother plod along with some of the most famous athletes in the world. And Spike thought of their dad, a diehard Team Primary fan who purchased the tickets for the boys as he was traveling around the world as an athletic doctor, checking on athletes before the start of the Marble League.

“Go have fun!” Dad said, known as Doc around the league. “I know I’ll miss it, but these other athletes need help, too. Also, if you see Team Momo down there, send them my best.”

“Doc is your dad?” Momo asked.

“Yep! Sure is. He’s pretty great. Did you get to catch up with him recently?” Chip inquired.

“No, I haven’t had the chance in awhile. We should probably get in touch soon,” Momo thought out loud.

“Well, Team Momo is the last in my autograph book and I’m super excited to meet all of you!” Chip excitedly said.

“Any advice for a kid that wants to become a racer?” Spike asked and patted Chip on the back.

Momo and Mimo thought for a minute, combing through era after era of Marble League events and Marbula One fresh in their mind.

“Life is never a straight line,” Momo replied. “There are days that you’ll win and do really well, and garner the most attention you can possibly have. There are days where you’ll be dead last, and for sure, we know that feeling too well. But most of all, the best thing you can do is something that you’ve already been doing – making friends, talking to others, being the best you can be. Look around you, Chip, Spike. See how everyone is talking, even if they’re rivals, about everything in life, about the races, about the upcoming events and how everyone is friendly? Look at Wospy, and how all teams were concerned about the fall. Being a sportsmarble is all about helping each other out and being kind to one another. If you can do that, you’ve already won the biggest trophy you can win.”

“Well, when you’ve been around as long as I, you’ve had a lot of time to think.”

Spike thanked Momo for the advice and Chip and Spike left the arena with their thoughts spinning with dreams of races and excited for the future to come. When they arrived home, Chip fell asleep on the family couch, leaving the booklet of autographs on the table. Spike picked it up and read the first page:

“Spike, you’re my favorite brother and this is for you. I hope that someday I can pay you and Dad back for being the best family you could ever be.

Spike flipped through more pages of the book. Every single page autographed by famous racers with the name “Spike” as the name made out to. But one page really stood out:

“Spike, you’re an awesome brother! I hope that someday I can be as good of a sibling as you. We’ll see you at the Marble League!” written in cursive handwriting, signed by Mary. Spike set down the book and sat next to Chip and turned on the Marbula One series, filled to the brim with love and happiness. 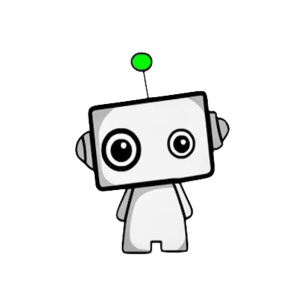 Another season of Marbula 1 is rolling around the corner, and this season is getting more attention from the Marble Sports community after the huge success of Season 1. However, I had to know if the competitors felt

Another season of Marbula 1 is rolling around the corner, and this season is getting more attention from the Marble Sports community after the huge success of Season 1. However, I had to know if the competitors felt

Link to Part 1: https://jellesmarbleruns.com/2020/10/30/offseason-moments-ml2020-part-1/ As we in the JMRC were enjoying the 2020 offseason, we sent Stynth on a world tour during the first few weeks to interview every team that competed in the 2020 Marble League.